For studying standard error first we need to know what is sampling distribution:

Sampling distribution of a statistic:

If we draw a sample of size ‘n’ from the given finite population of size N, the possible samples are NCn  = k (say)

For each of these ‘K’ samples we can compute some statistic t= t(x1,x2….xn), in particular the mean and the the variance are given below. 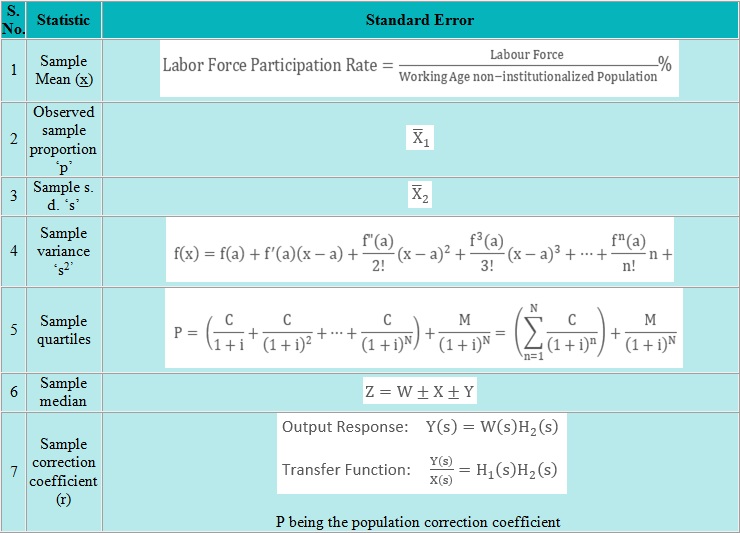 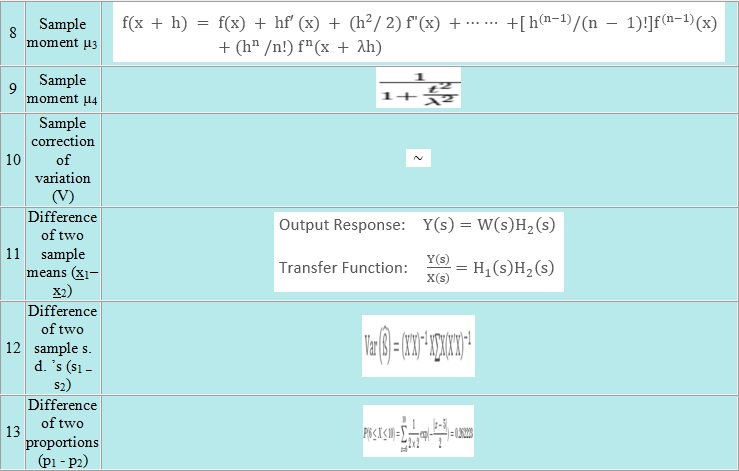 Thus, if the discrepancy between the observed and expected (hypothetical) value of statistic is greater than Z times its S.E., the null hypothesis is rejected at level of significance.

The deviation is regarded insignificant at 5% level of significance( is  commonly take as 5%) .

The deviation is regarded insignificant at 5% level of significance( is  commonly take as 5%).

For Example, In Case of Proportion

Examples of on Standard Error

If the coming of 3 or 4 is called a success then in usual notations under the null The hypothesis,

Under the null hypothesis H0 that the die is an unbiased one we get,

Finding the Limits between which the probability of 3 or 4 lies:

=> Probable limits for ‘P’ are  given by

A random sample of 500 pineapples was taken from large consignment of 65 was found to be bad so that the standard error of the population of bad ones in a sample of this size is 0.015 and deduce that the percentage of bad pineapples in the consignment obtained  almost certainly lies between 8.5 and 17.5.

X = number of bad pineapples in the sample = 65

since ‘P’ the proportion of bad pineapples in the consignment is not known to us we may (take as in the last example) an estimate of ‘P’ as p.

Thus, the limits for the proportion of bad pineapples in the consignment almost certainly lies between 8.5 and 17.5.

A random sample of 500 apples was taken from a large consignment and 60 were found to be bad. Obtain the 98% confidence limits for the percentage of bad apples in the consignment.

Since, significant value of  Z at 98%confidence limit coefficient( 2% level of significance) is 2.33(from normal tables)

=>  98% confidence limits for population proportions are :

If you need more help in standard-error